You are here: Home>Publications>BHRS Publications 61-80, 1982-2001>Bedfordshire churches in the nineteenth century

Bedfordshire churches in the nineteenth century: Part 2 Harlington to Roxton 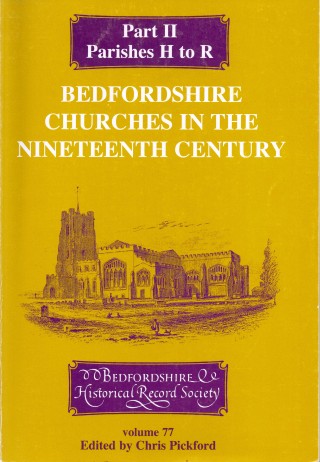 cover image: St Mary's Luton before the 19th century restoration
About this volume

This is the second in a series of four volumes describing Bedfordshire’s parish churches in detail.  It is based on specially commissioned research, bringing together original official sources and contemporary accounts.  This volume covers Harlington to Roxton.  Many churches are illustrated, often with unusual drawings, watercolours, lantern slides, etc.  Adding much new material to previously published accounts, the series will be an invaluable aid to research.

About the author(s)
Chris Pickford (6)