Bedfordshire clock and watchmakers 1352-1880: a biographical dictionary with selected documents 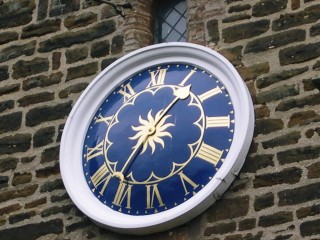 The dictionary is preceded by an introduction on timekeeping and the history of clock- and watchmaking in Bedfordshire.  Extracts are included from a selection of documents to illustrate the sources used in compiling the dictionary.  They range over advertisements, Bedfordshire Quarter Sessions’ records, bills and customers’ financial accounts, churchwardens’ accounts, clubs, insurance records and settlement examinations.

The biographical dictionary provides family details, apprenticeships, places of work and examples of the person’s work, amongst much other information.  Here will be found information about Thomas Tompion from Northill ‘widely regarded as the greatest English clockmaker.’

Appendices list the places of work in Bedfordshire and neighbouring counties of clock- and watchmakers (with a map) and of apprentices to the trade 1631-1881.

About the author(s)
Chris Pickford (6)

‘To write a good book on regional clock making you now need very wide ranging knowledge.  As may be expected Chris Pickford, as Bedfordshire County archivist, has excelled … I was also very pleased to see under each maker a listing of the known and reported examples of each maker’s work. … this book is a notable contribution to the study of regional clock making, and likely to rank amongst the best of the county studies’  – C. N. Moore, Archives, vol. 20 (1992) p. 328.