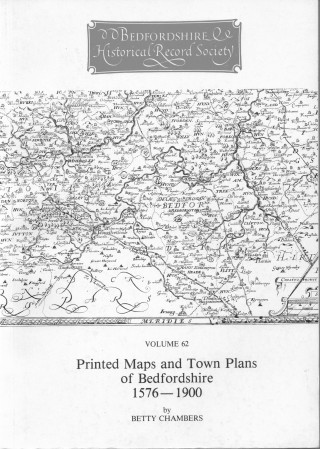 Widely regarded as a model of its kind, this book, which took eighteen years to prepare, catalogues the printed County maps of Bedfordshire from Christopher Saxton (1576) to the Ordnance Survey of 1901. It also describes the town plans for Bedford, Leighton Buzzard and Luton for the same period. The complex history of different editions of maps is discussed and explained, making the book an indispensable work of reference for collectors, dealers and local historians. One of the most detailed maps discussed, Jeffery’s map of 1765, has been reprinted by BHRS.

About the author(s)
Betty Chambers (2)

Betty Chambers nee Vizard (1932-2000) was born in Southampton and educated at Hitchin Girls’ Grammar School.  She worked at Luton Museum; then in the textile department of the Victoria and Albert Museum; and later at Norwich Castle Museum where she was assistant keeper responsible for ceramics and costume. She edited the Bedfordshire Magazine from 1974 for twenty-three years and was honorary secretary of BHRS from 1980 until her death in 2000.