The Publications of the Bedfordshire Historical Record Society, vol. 11 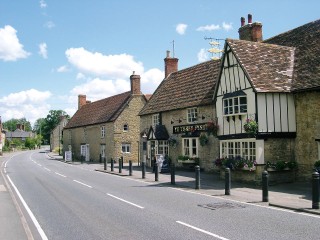 ‘The honour of Old Wardon’, by the late William Farrer, with an introduction by James Tait. [With pedigrees]

‘Early records of Turvey and its neighbourhood, Part I: A The Drayton Charters; B The Halstead Charters’, by G. Herbert Fowler.  [The Drayton charters, so called because they were found at Drayton House, Northamptonshire, include 23 charter relating to Turvey in the period 1138 to 1403. They are printed here in Latin, with extensive notes. The second part of the article discusses documents on the Mordaunt family of Turvey used by Robert Halstead in his Succinct genealogies of the noble and ancient houses …  (1685) and concludes, by comparing them with the Drayton charters, that the documents are forgeries.]

‘The inventory of Toddington manor house, 1644’, by Jos. Hight Blundell.

About the author(s)
Jos. Hight Blundell (4)

Joseph Hight Blundell (1852-1929) was a businessman.  He was born in the Luton area and later lived in Toddington.  He was a numismatist, genealogist and historian, writing books about Bedfordshire tokens, the Blundells, a history of Toddington and contributing to VCH Bedford vol. 3.  He saw Austin’s History of Luton through to publication after the author’s death.

William Farrer (1861–1924) was an historian and genealogist, whose main published works were on Lancashire and Yorkshire. After the first World War his project on honors and knights’ fees resulted in two books published before his death.

Professor James Tait FBA (1863-1944) was a medieval historian and author. He was Professor of Ancient and Medieval History at Manchester University and played a key role in the development of the Manchester History School, retiring in 1919 to concentrate on research into local and regional medieval history, especially municipal history. He produced seminal works on medieval boroughs, published editions of many cartularies and contributed extensively to the Dictionary of National Biography and the VCH.