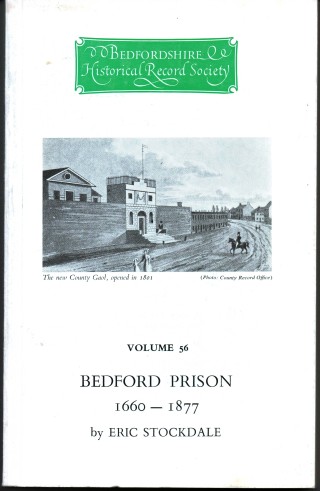 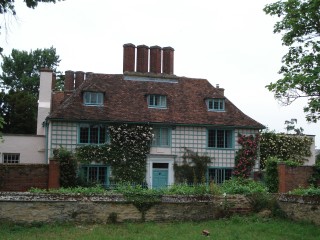 This history of Bedford Prison is told through the story of the family of gaolers who ran it for many years and the contributions of five men closely associated with the prison.

To the account of John Bunyan’s trial and imprisonment is added a chapter on others in the prison at the same time.

After John Howard discovered the appalling conditions in which prisoners were kept, his investigation into prison conditions went far beyond the county and led to his book The State of the Prisons and his advocacy of penal reform.  The meeting between John Howard and Jeremy Bentham is recounted in the latter’s words.  After the former’s death, Samuel Whitbread II carried forward plans to build a new prison in Bedford.   The Rev. Philip Hunt was rector of St Peter’s Bedford and deeply involved in local affairs, including the prison and the house of correction.  Lord John Russell, son of the 6th Duke of Bedford, was a politician and Home Secretary 1835-1839, during which period the national system of prison inspectors was set up.

The connections of family, friendship, religion and political alliance amongst these five men is drawn out.

Amongst the activities of these influential people is woven the story of the gaolers of Bedford Prison, the Richardson/Howard family (noting that these Howards were not related to John Howard the penal reformer).

There is also much about the prison itself, the buildings and their rebuilding; and the inmates, their lives and punishments including transportation.  This is not merely an institutional history but much more a history of the people, outside and inside, who affected or were affected by the prison.

Appendices contain plans of Bedford in 1765 and 1841 and of the prison in 1849 and as it was in Bunyan’s time; a list of gaolers, 1710-1885 and a sample deed of their appointment; and genealogical tables for the Richardson-Howard family, the Whitbread-Howard link, and Lord John Russell’s family.

About the author(s)
Eric Stockdale (4)