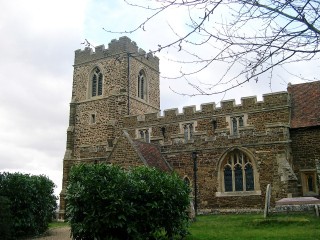 This is a selection of the letters to Edmond Williamson, rector of Millbrook from 1740 until his death in 1775 and also rector of Lolworth in Cambridgeshire.  Williamson was from a Bedfordshire family.  He was educated at Westminster and Trinity College Cambridge.

About 300 letters addressed to Edmond Williamson have survived.  Of the 182 printed here, about half are in full, the remainder abbreviated.

Most of the letters were from Edmond’s brother Talbot, who lived in London, and whose property in Husborne Crawley Edmond looked after.  Others were from their sister Christian who was married to a retired naval captain; a few from a cousin Edmond Horne; and one or two from other people.  The letters tell of family life, house improvements and decoration, food, dress and fashion, marriage, bringing up children, books, estate management, enclosure, the reaction of local gentry to the park-making activities of the Duke of Bedford, pluralism, travel, highwaymen, poverty, war, George II’s funeral and George III’s coronation.

Despite the one-sided nature of the correspondence, Williamson’s life is revealed as well as that of his correspondents.

Frederick Joseph Manning (1892-1962) was a solicitor in Luton. He was Treasurer of BHRS for 34 years and the driving force in reviving the Society after Dr Fowler’s death and the Second World War.