You are here: Home>About us>Partners>Bedfordshire Archives 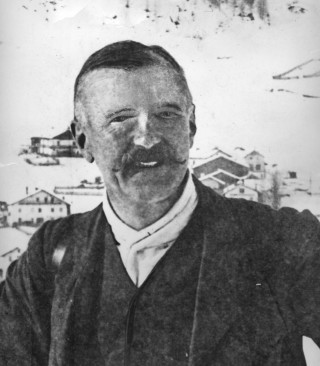 BHRS and the County Record Office (now called Bedfordshire Archives) (opens in new window) were the brainchild of one man, Dr G. Herbert Fowler, and have developed side by side since 1912.

BHRS and the County Record Office offer one another mutual help and support. For many years County Archivists performed the role of General Editor of BHRS and oversaw the publication by the Society of transcriptions and abstracts of records held by the Record Office.  Over the last 40 years many other staff from the Record Office have been responsible for producing volumes for BHRS.  Subjects have included: wills (vols 37, 45 and 76), the militia (vol. 71), parish churches (vols 73, 77, 79 and 80), clockmakers (vol. 70), elections (vols 85, 87 and 90) and Bedfordshire Regiment war diaries (vols 83 and 89).

Dr Fowler became a Bedfordshire County Councillor in 1912.  On  24 October 1913 he became the chairman of the County Council’s Records Committee responsible for organising the records produced by the council.  Dr Fowler recommended that the service could be extended to records produced by other organisations in Bedfordshire – records that were potentially at risk of being lost if not taken into official custody.  He persuaded the council that collecting and making all these records available to researchers would be a valuable service to the public and to history; the County Record Office was born.  Dr Fowler continued as chairman of the Records Committee until 1939.  By that time the office was firmly established with permanent staff, expanded accommodation and a growing number of visitors.  The office had also set the pattern for other counties to set up their own offices and provided the first training programme for archivists in England.

Bedfordshire Archives website (opens in a new window) has built up an impressive collection of aids for the Bedfordshire historian and overviews of places and activities in the county.

Bedfordshire Archives online catalogue (opens in a new window) provides in-depth summaries of more than 95% of their catalogued holdings.