Bedfordshire wills proved in the Prerogative Court of Canterbury 1383-1548 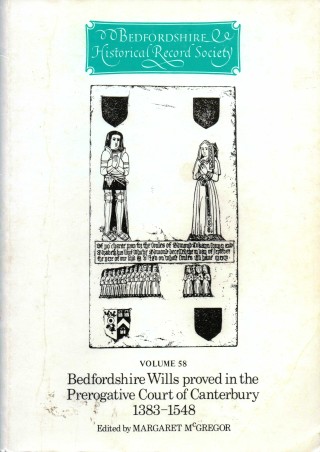 cover image: monumental brass of Edmund Cokayn and family 1514
About this volume

The Prerogative Court of Canterbury (PCC) was the highest court in which wills were proved, usually indicating that testators held land in several diocese or were wealthy.

These 130 PCC wills of Bedfordshire people have been abstracted in great detail.  Irrespective of the testators’ affluence, their wills show their last concerns – for family, the disposition of treasured household items and for their souls.  Additional biographical information is provided for many testators and there is a glossary of unusual terms.

About the author(s)
Margaret McGregor (2)

Margaret McGregor was an archivist in the Bedfordshire County Record Office for several years before returning to her native Bristol to work in the record office there.